Whether you are looking to get daily inspiration, receive business advice, see beautiful and tasty recipes or simply follow a new personality, Instagram offers a wide range of content and influencers for anyone’s preferences.

Regardless of what you are looking for these are the top accounts that can give you a glimpse in the highest quality content and how to maintain a top content channel.  Their variety of backgrounds let followers see unique aspects of their lives along with their twist on a specific niche of content.

Daily Dose is one of the biggest (and first) motivational accounts on Instagram. Very Motivational Images and Quotes to keep one motivated every day. He created Daily Dose because he believes we have a duty to act—not talk, not think, not imagine, but to step up and make a real difference.

Nikki Giavasis’s work in the industry has involved closing huge deals and bringing big-name celebrities and brands together through a fusion of her connections and business savvy. Giavasis has skillfully created a network that is a force to be reckoned with. She is getting her masters in law in order to help craft even better deals for her clients. Her social media platform is a source of inspiration for people around the world, and her success shows that anything is possible if you work hard enough to bring value to those around you.

Tonio Skits is a king of comedy with a following of over 3.6 million users and over 50 million monthly impressions across all social media platforms. In 2016, he landed a feature as the only Latino in MTV’s hit television show “Wild N’ Out” season 8 & 9 starring Nick Cannon. Tonio has also been signed to Kevin Hart’s HARTBeat Digital Productions and is also in such high demand to host major red carpet events as a social media commentator, as well as parties globally. He is breaking barriers as a social media influencer and content creator as he continues to create, edit and direct his own original content.

Cover Girl, Survivor, fitness enthusiast and singer/songwriter are just a few of the “titles” that define Jessenia Vice.  She turned her life around with a dedication to fitness which saved her life twice: during a childhood battle with obesity and after leaving an abusive relationship as an adult.  She has been featured on Maxim Magazine’s cover, participated in brand shoots for Circo, and runs popular lifestyle podcasts and web series. Her platform empowers women, speaks to the Hispanic community, and advocates for victims of domestic violence

Desi Perkins is one of the largest lifestyle and beauty content creators on the internet and has a whopping 3.4 million followers on her Instagram alone. Her content helps women tackle the ever daunting requirement of creating effortlessly beautiful looks with make-up. She offers instructions on everything from vampire and skull faces to making the perfect smokey eye.

As both a model and businesswomen this Brazilian influencer offers a combination of health and beauty content, business advice, motivational content, and lifestyle images. Known for both her beauty and business success, Claudia puts forward the image of the modern woman who can succeed in all aspects of life.

From appetizers to desserts, @cookinwithmima is a one-stop source for the most amazing food recipes on Instagram. Her easy to make recipes are both aesthetically pleasing and sure to impress anyone you cook for. She gives particular attention to healthy recipes but offers a variety of options to meet all tastes and preferences.

Brandon Siwiak is currently one of the highest-paid social media influencers on Instagram. He is the owner of 10 pages, totaling over 10 million followers, including the popular Instagram handles, @Squats, @Legs @Waist, and @Glutes. Known as the kid who bought a Lambo before 21, he motivates and inspires today’s youth.

Joel Contartese is one of the first entrepreneurs to monetize social media in 2012. Known as ‘The Architect’ for building the blueprint used today by many of the most successful social media brands. He is also considered one of the top content marketers of 2017 by Inc. Magazine.

Andy Frisella is the host of the MFCEO Project Podcast and the CEO of 1st Phorm International. Andy’s companies generate an excess of 100 million a year in revenue. Frisella’s loyal following including 1st Phorm’s Legion of Boom puts him on the map as one of the top influencers to follow.  His channels offer an intense realism about how to hustle and build a business, as well as motivate his audience to be the best they can be.

Brian D. Evans is an Inc. 500 Entrepreneur most famous for building the 25th fastest-growing advertising agency in America. Evans is the brains behind Influencive and its army of die-hard motivation seeking entrepreneurial followers. Influencive is one of the top read publications in the world, read by millions of millennials monthly. Evans has over 1 million followers across platforms and growing fast.

Farokh Sarmad a.k.a the “baby shark” is still one of the leading Instagram influencers to follow on the platform. At a young age he turned Instagram into a 6-figure business and since then has been profiled by Forbes, National TV and the MFCEO podcast with entrepreneur Andy Frisella. Farokh is followed in almost every major country and has an advertising agency with a reach of over 150,000,000 followers. For those looking to get a taste of the “goodlife” and want to get inspired, he’s the perfect influencer to follow.

As an Inc. 30 Under 30 entrepreneur, it’s not hard to see why Ben Lee is a  great role model to follow on the social platform. By age 18, he had climbed from busboy to operations manager for two hospitality properties grossing $20 million. Co-Founded Neon Roots at 22, and has since partnered with Fortune 100 Companies like Epson & media moguls like Snoop Dogg & Tony Robbins to create some of the world’s greatest apps.

From Business Insider to Hypefresh Magazine, Steven’s custom shoes have been featured on the world’s biggest publications and worn by your favorite celebrities. People like Rick Ross, Jason Derulo, & even the producer from The Steve Harvey Show have all got a pair of the iconic customs. As a 20-year-old, Steven Vasilev has made a name for himself while also managing a 25M network on Instagram.

Daniel DiPiazza is the author of Rich20Something and runs a number of social media channels under the same name. His content offers a candid look at how to develop financial stability and income sources.  After his book hit #11 on the New York Times bestseller list, it went on to be translated into a number of languages and helps motivate and inform young businesspeople around the world. 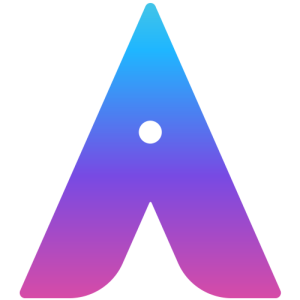