One of the most under utilized strategies on Instagram is getting captions right. It shouldn’t surprise you that we at Ampfluence care about these small details. So we decided,

What is surprising is that captions actually make an impact on Instagram growth, content surfacing, and community building. If you’re struggling to compose the right captions for your IG posts this is definitely a guide you’ll want to read, share, and bookmark 🙂 Without wasting any time, let’s dive right into the guide.

When a post (photo or video) is uploaded on Instagram, before being published, there is a section where users are allowed to enter text describing the post. This text is called a caption. After publishing a post, the caption is displayed beneath the post on mobile or to the right of the photo on desktop. The character limit of an Instagram caption is 2,200 words. When viewed in terms of word count, that should be roughly 360 words. After 125 characters, the caption will be truncated and viewers will need to click “more” link to view the full caption. Influencers with 1 million or fewer followers get more engagement with 1-50 characters in their captions. Some influencers/marketers prefer using long captions while others may use a single sentence.

The screenshot below is a typical long caption. The screenshot below is a typical short caption. The maximum number of hashtags allowed on each post caption is 30. Hashtags improve the chance of popping up in Instagram search and also help users quickly understand what a post is about.  36% of Instagram profiles add 1-3 hashtags to their posts but only 13% use more than 10 hashtags. Influencers, for example, use hashtags to disclose if a post is sponsored or not. The hashtag “#sponsored” used by @happilypinkblog indicates the post is sponsored by LoewsHotels. This is an important disclosure component for influencer marketing. Keep in mind paid partnership features will likely be used to replace this practice.

Emojis can be used to express ideas, feelings, or add context to a post without the need for text. The use of emojis is culturally synonymous with the gram and it also makes captions visually appealing. For example, Brian Solis uses the audio emojis to announce the completion of his audiobook Life Scale. When you include mentions in your caption such as @Nike, the profile mentioned will get a notification. Mentions are commonly used to alert people that you’ve posted an image they should be aware of. However, they are also used for other nuanced purposes like mentioning your favorite brand, thanking people who made an event possible, or crediting an image to an artist. For example, @maccosmetics mentions @teyanataylor in their recent post for WorldPride Parade in NYC. CTA captions are used to guide viewers to take a specific action. Some examples of calls to action include:

For example, @potterybarn uses a subtle call to action to encourage their followers to tag them in celebration posts. Instagram captions do more than describing the post they accompany. A captivating and well-structured caption can significantly boost your post reach. This results in increased views, impressions, and engagement. As you know, likes, comments, and shares a post receives also improves content discovery on Instagram. By utilizing captions to their fullest potential it’s likely posts will automatically be displayed in other users feed (even if they are not one of your followers).

The benefits of a properly structured Instagram caption go far beyond increased reach. Some other benefits include:

Think of Instagram captions as another opportunity to spread your message.

There are different ways of writing Instagram captions. Below are some popular caption styles used on the Gram.

Influencers who like keeping things simple prefer using short-form Instagram captions. These captions are most effective for posts that do not require much description especially if the post itself has revealed all that needs to be said. One example of such caption was used by the British Billionaire, Richard Branson. You can see the short caption to the right of the screenshot saying “Joking around with the greatest of all time”.

Quotes from famous people capture attention. Quotes are often used a means to save time composing posts without having to wordsmith caption. Sometimes, a quote may capture the post better than paraphrasing will. Additionally, if you have an opportunity to tag the person you’re quoting that’s another simple win. There’s no official quote source site 🙂 You can get quotes from anywhere including the web, books, movies, or whatever source is readily available. For example, @nathanielwise is no stranger to composing the perfect optimized caption. The first sentence in his caption above includes a quote from Edward Abbey. The context of the quote makes sense since the author Edward Abbey is noted for his writing on environmental issues and land advocacy.

Long form captions are used for discussing a post in length. It is certainly a very popular trend as influencers are now using post captions as a microblogging medium.  When it comes to long-form content, the sky’s the limit here. For example, @heidistevens uses Instagram post captions to share her thoughts and experiences about one of her recent events. Much like a Vlog, Blog, the Instalog gives you an opportunity to share anything your heart desires. Emojis add feelings to Instagram captions. They can be used to reduce word count or replace the use of texts altogether. Emojis can also signify a secret code between influencers and their fans. A motivational speaker can use the “strong arm” emoji to tell fans how powerful a quote is or upcoming event will be. There’s no blueprint for emojis. They were literally designed to help people share emotions or expressions and have since involved. The point with emojis in captions is to express creativity. For example, Jeanne Damas’ recent outfit post uses only emojis. It’s one of those perfect emoji fitting moments. The flower, shell, and strawberry emojis represent her outfit composition. See for yourself. Engaging captions encourage fans to respond or engage beyond liking a post. Common examples of this trend include:

For example, @Southwestair uses a fill in the blank caption for #WingletWednesday which is pretty genius 🙂 I mean honestly, how many airplane window pics are on the gram ? Like a million, right! Now we’re finally putting them to their best possible use. Personal stories are usually manifested when influencers recall a personal event in their lives and share it in a post caption. For example, @elisesbodyshop shares her story about being turned down from an instructor position. The story is insightful and revealing, it forces you to develop a human connection because the caption is vulnerable and forthcoming. There is no crime in having fun on the gram. It’s in no way unprofessional, if you’re worried about professionalism take a look at KFC, Tabasco, and many other brands. The point of Instagram is to be social. This naturally comes with social behavior, personalities, and of course humor 🙂 Infact, if well done, a humorous post can increase your engagement rate. For example, @ivyinthewild typically shares humorous captions because they seem to resonate so well with her audience and content type.

Just posting a picture of employees laughing around the watercooler is not enough – share your brands personality by adding some context to the image. In other words, use your words, dear 🙂 On a serious note, Walmart uses descriptive captions to showcase their brand’s personality. Take a look at the recent Walmart shuffle post.  Btw, if you haven’t seen the Walmart shuffle video you should definitely watch it. Instagram has been improving its platform to better service brands, businesses, and influencers. Newly introduced features such as Instagram stories are designed to capture the full attention of viewers when they click to open. Other introduced features like IGTV, Instagram Live, and Creator Accounts have made the platform fantastic for business promotions. But all the features in the world will not help an influencer create amazing on brand content.

If you’ve been selected by a brand to represent their company you’re already doing it right. Brands will select influencers that are already producing content and driving engagement with the audiences they want to reach. For example, we are all familiar with Kalen Allen’s “React” Videos. Well, he is also doing a paid partnership with AT&T. Kalen doesn’t compromise his style and personality. In fact, it’s what makes us love him so much! If you’re a marketer looking for influencer campaigns done right be sure to checkout Kalen’s recent Love Loud Fest videos on IG. If you haven’t been selected by a brand but instead trying to build an account to run paid partnerships. Reverse engineer the process. Who would you like to work with or attract. Yes, the skyscraper technique also works on Instagram. (Don’t know what that is? Ask us in the comments).

For example,  @happygreylucky participates in campaigns with Dyson , Tide , and I’m sure many others. However, her content always centered around home, family, and whimsical photography. After years of creating this type of content, paid partnerships with the creator are basically a natural fit for these large brands BECAUSE she has the right type of audience. Yes, a picture is worth a thousand words. Surprisingly, on Instagram “words” ACTUALLY matter. In fact, words will always matter, so use them wisely. If you’ve been laissez-faire about Instagram captions in the past now is the time to step up your Gram game. Let us know in the comments below what trends you think you’ll be using most! We hope you enjoyed this post 🙂 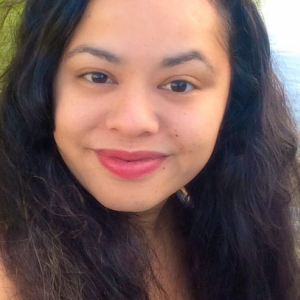