In this article, we are going to take a deeper look into the reasons why Twitter accounts get suspended and learn important methods on how to unsuspend them.

It is true that sharing information on social media is enjoyable. However, it also needs a high level of security and privacy. That’s why Twitter has the authority to terminate accounts that break Twitter’s rules. Here are some of the reasons why your Twitter account can be suspended.

An account may be temporarily suspended in response to allegations of getting spammy or abusive. The vast majority of Twitter accounts are suspended due to spam or fraudulent content. These sorts of accounts violate Twitter’s Terms of Service and pose a security risk to the network and its users. A real person’s account might be suspended by mistake on rare occasions. In this instance, Twitter will work with the user to restore access to their account. This is the most common way most people’s accounts get suspended, however, this is a problem that has a quick solution majority of the time.

Twitter users have the right to report any abusive behavior like threats, hate speech, violence, or impersonations. If an account is reported for violating the Twitter Rules for certain actions, it may be temporarily or permanently suspended.

This is the simplest and quickest method of troubleshooting your account. First, try logging in and check for prompts requesting your phone number or email confirmation. By verifying your account through either of these two methods, you should be able to get your account unsuspended. This process typically takes ten to twenty minutes which is the most effective method for reactivating a suspended account.

The next way would be to unlock your account, but, this is not as easy as the first method. A locked Twitter account usually means one of two things:

a. The Account is Getting Locked Temporarily
If you get a notification that your account got locked out for a day or more, you will need to log in and try to access the account after the time that has been given has passed. You should be able to recover access as long as there are no further restrictions. This procedure can persist for as long as Twitter specifies.

The third way is to file an appeal for your account. If the first two ways don’t work, or you believe Twitter made a mistake by shutting your account, you can file an appeal to have it unlocked. This would need contacting Twitter and explaining why you believe they made a mistake in suspending the account in the issue. Approval or denial may take a few days, so this is not a quick cure. With that in mind, be prepared to wait for a response while your claim is evaluated. However, if the previous two methods do not work, it is worth a shot to save your account.

Twitter suspension is entirely dependent on the type of suspension and the violation made. The average Twitter suspension usually does not last longer than 7 days, with the shortest time being 12 hours. In cases of a minor violation of any Twitter policies, Twitter suspends the account for roughly 48 hours. This is the time it takes for Twitter to check your account, the phone number you gave, or any other piece of information you provided for verification. However, if you are involved in a more serious violation of Twitter’s regulations, you are more likely to face a permanent ban. Suspension of this kind is the most serious and lasts the longest.

Twitter has the power to lock an account or place temporary limits on certain functions when an account seems to be hacked or in violation of the Twitter Rules. Make sure you do not break Twitter’s Terms of Service by avoiding messages or tweets that appear to be spam or include content that isn’t permitted. What are other methods you know on how to recover a suspended TikTok account? We’d love to hear your thoughts. 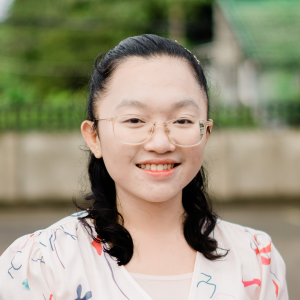 Aivhen is a self-taught portrait artist and social media guru. She has a strong desire to organize and oversee complicated things and has the enthusiasm to quickly learn and explore new things.

Aivhen is a self-taught portrait artist and social media guru. She has a strong desire to organize and oversee complicated things and has the enthusiasm to quickly learn and explore new things.