Have you invest in Twitter hashtags as part of your social media strategy? If you haven’t then it’s time to start! Before we start, let’s back up a bit just in case you are unsure about what a hashtag is.

Hashtags are designated by a number sign (#) and paired with a word or phrase to perform a variety of functions. Twitter users attach hashtags to tweets as search mechanisms, categorizing tools, and marketing tactics. To improve the chance that other Twitter users will find your tweet in targeted Twitter searches, you need to have the right hashtags that represent your brand. For small business, you may want to use #smallbiz as one of your hashtags or you can also set up a brand hashtags that resound your brand name just like #nike or #adidas.

Now that we already recall the basic hashtags concept, let’s find out some tips to on how to use Twitter hashtags to improve your marketing strategy specifically for small businesses.

Take advantage of Twitter by learning from others. Look for hashtags like #SBA or #smallbiz for advice, resources, and current news of the small business variety. While hashtags like these can generate plenty of tweets, occasionally check them for an update. Taking a quick look through the feed could inspire your next blog post, marketing tactic, or bestseller. For a more focused conversation, narrow down hashtags by topic. Finally, if you’re looking for tips on how to meet like-minded business people, try to use the #networking hashtag and you’ll find information on meetups and advice on making connections.

Are you running a contest, generating buzz around a sale, or launching a new product? Then, for each initiative, create a unique hashtag. Whenever a product launch or contest ends, you should retire the hashtag. However, try to use it as much as possible (and consider promoting your tweets) during the campaign to build awareness. For repeated excitement or sales, reusing the hashtag is fine, and doing so will increase its interest over time.

3. Find relevant influencers within your niche

You should consider using related hashtags if you already know which hashtags make sense for your brand. Some of these hashtags might be more specific than others you’re already using, which could be useful for connecting with a more targeted audience.

4. Keep it simple and consistent

There are a couple of things you need to remember when crafting hashtags for your tweets. The first rule is to keep your tags as straightforward as possible. If you’re tweeting about your company’s use of finance apps, don’t create a long, complex hashtag. Consider using #apps and #SmallBiz hashtags instead of #SmallBusinessAppsandTools. A tweet with overly complicated hashtags will not be found in searches and will get buried quickly. Secondly, don’t clog up your tweets with excessive hashtags. If your intention is to be thorough, bravo. However, in order to be thorough, you will have to choose two to three hashtags per tweet. With seven hashtags, you scream desperate marketing and will lose your followers in no time. In the example above, we see that the tweet of We Are Men Enough is only using 3 hashtags that highly relevant with the account itself and the activity they are promoting.

If you already have a good grasp of which hashtags are working well for your brand, consider using related hashtags. These might be a little more specific than the other popular hashtags you are already using. However, it could help you connect with a more targeted audience. A convenient way to keep track of relevant hashtags is to add columns to your social dashboard that are easy to access. Whether you use HootSuite or TweetDeck, you can establish columns by the social network, search term, Twitter list, or hashtags. You may want to consider adding a column of small business-related hashtags whenever you have a chance. Add additional columns when they are relevant, such as when you launch a hashtag marketing campaign. When the hashtag has served its purpose, delete the column.

7. Analyze which hashtags are successful on past posts

Keep track of the hashtags you’ve used in past posts. Identify which posts have been popular, then look for a trend in the hashtags you used. TrackMyHashtags is one of the Twitter Analytics tools for tracking your hashtag. This tool will reveal what hashtag is performing best. In case you notice some of your most popular posts always include the same hashtags, make it a point to include them in your future posts as well.

You must have heard of #FF, otherwise known as Follow Friday. You should try using it if you haven’t already. There are two ways to craft a #FF tweet.

First, create a list of great people to follow, and then use the hashtag #FF to condense as many channels as you can into one tweet. However, make sure each item is related to a specific theme. In the tweet, indicate the type of people you are suggesting. Alternatively, many people may support only one or two people per #FF tweet instead, which is more personal.

As an alternative, you could customize a tweet to congratulate or communicate with an individual, be it a journalist, executive, or potential business partner. Twitter is a community, so let’s keep it that way.

9. Create your own hashtags

Brands both large and small choose to create their own hashtags for several reasons. Hashtags are a great way to generate buzz around a marketing campaign.

Another great marketing tactic for your brand is to launch a contest and use specific hashtags for that. You can simply ask people to tweet with your contest hashtag when they tweet ideas, jokes, or photos. By doing this, when the entry period is over you will be able to easily locate submissions in one place. Events are great opportunities for creating conversation around hashtags. Make sure to award your event a unique hashtag before the actual date so you will be able to generate content and discussion about it.

It’s time to start using hashtags in social media posts if you haven’t already. Although they first gained popularity in 2007, they are even more useful today for your brand! 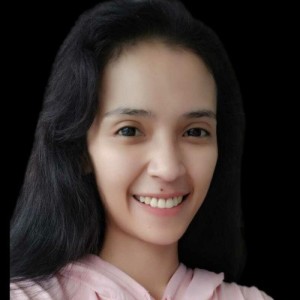 Tirza is an advertiser, human rights advocate, and dancer. She is passionate about creating creative content and arts. She is a lifetime learner and always goes beyond her limit.

Tirza is an advertiser, human rights advocate, and dancer. She is passionate about creating creative content and arts. She is a lifetime learner and always goes beyond her limit.